You could loosely compare acquiring intellectual property rights to trying to lose weight; it doesn’t really matter what you eat between Christmas and New Year, rather what you eat during the period from New Year to Christmas. In the same way, you could claim that protecting IP is not an end in itself. More important is to protect the product which is being sold and, of course, in all the relevant markets. With this loose analogy, I’m trying to say that it’s always critical to secure IP when there is a real demand for those products and in specific market areas. If there is no demand, then the need for IP is questionable. Having said that, it’s relatively rare to sell IP ”on its own”, in other words without the justification of a healthy market demand.

Recent actions by Russia have led to a situation where trade sanctions have been invoked on both sides. Measures from the West have been aimed at making life difficult for Russian corporations, mainly on the money markets and in certain important areas of business, such as the oil industry. Russia has also imposed trade sanctions. It has banned certain foodstuffs, such as the import of dairy products. This new business risk associated with Russia affects many companies and entrepreneurs. But it’s something they will have to learn to live with for now by adjusting to the concrete changes this brings about in doing business in Russia.

After getting over the initial shock, many players have put in place measures to compensate for lost business in Russia. Some have looked for new market areas elsewhere in Europe, whereas others have carried on producing and growing their inventory for future demand or decided to set up own production in Russia. Transferring production to Russia may well be one of Russia’s targets, even though the main goal seems to be disrupting the business of companies that operate in those states that have imposed sanctions against Russia with a view to exerting influence over political decision-making.

Modern Russia grew out of the ruins of the Soviet Union in 1991. From then on, or even before then, many Finnish corporations have systematically built up their Russian operations, created major high-profile brands and developed a deep understanding of Russia within their organizations. At the same time, Russians have come to associate Finnish companies and Finns with being a trusted business partner and high quality. They have learnt to respect the people of Finland and Finnish expertise.

Today’s patent and trade mark legislation came into force in Russia for the first time in 1992. Since then, the authorities have developed the legal framework, adjusted some sections of law and fine-tuned the Rospatent practices to meet the requirements that the WTO has placed on the IPR legislation of its member states. Russia has had a clear ambition to get its legislation to an internationally accepted standard, in part admittedly to secure WTO membership, but certainly also to convince international corporations that they can operate in a safer business environment and so invest in Russia.

IPR development did not stop after Russia joined the WTO at the end of 2012. In fact, just over a year ago, Russia opened its own IP Court, which handles IPR proceedings in a similar way to the Market Court in Finland. Currently, there is no reason to believe that the development of IP rights would cease, let alone see a deterioration in respect for those rights.

In light of this, I claim that the significance of IP in Russia is growing. If a corporation cannot export its produce to Russia, then it’s worth benefitting from local production facilities, either by establishing its own production line or by licensing its IPR for use by local partners. In this way, a company can make use of its own product development and brand awareness, even if it faces export restrictions. So doesn’t it make absolute sense to remember Russia when building your international patent and trade mark portfolio! 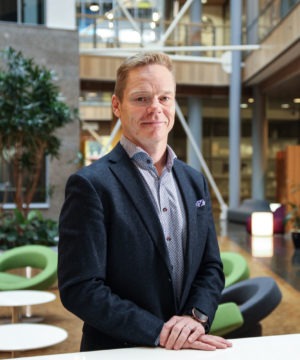 Papula-Nevinpat’s blog: Chinese IP Industry: If you can’t beat them, be like them!

Back in 2010, the Chinese Government made a projection that by 2015 more than 1 million invention patents would be filed annually in China.