I gave a presentation at Papula-Nevinpat’s IP seminar on 6 February 2020 about a practical example of the likelihood of confusion between trademarks. The case I presented could be interesting also for a wider audience, as it illustrates important aspects as to how the likelihood of confusion is assessed in court proceedings. So, here are the main points of my presentation.

PEGORATIO, on the other hand, had been registered in Finland by the generics manufacturer Ratiopharm Oy in 2014, and the products were introduced in the market in 2018. Both of the marks were used to market over-the-counter medicines for the treatment of constipation.

Orion Oyj accused Ratiopharm Oy of trademark infringement on the grounds that Pegorion and PEGORATIO were confusingly similar. Orion also asserted that as Pegorion had been used for over ten years, such use should be considered as having strengthened the distinctive quality of the mark. The mark’s enhanced distinctiveness and reputation would further increase the likelihood of confusion.

According to Ratiopharm, both of the marks had been formed by applying the industry’s common naming practice, which is to combine the name of the active ingredient with the name of the manufacturer. Firstly, they included the prefix PEG, a reference to the active ingredient, polyethylene glycol. As claimed by Ratiopharm, this element was to be considered to describe the products, and as such could not constitute a basis for the likelihood of confusion. Secondly, the suffixes of the marks referred to the manufacturer’s name, also serving as an indication for consumers to differentiate between the marks.

The Market Court agreed that the naming practice referred to by Ratiopharm did exist for generic drugs, although there were exceptions. The names of patented drugs, on the other hand, are often invented fantasy words. In this case, both Pegorion and PEGORATIO were generics.

However, the Market Court did not consider the average consumer to be aware of this naming practice. It could not be assumed that consumers would understand PEG to be a reference to polyethylene glycol, or even to an active ingredient in general.

Since consumers would not recognize the abbreviation for the active ingredient or the name of the manufacturer or seller in these trademarks, from the consumer’s perspective the marks did not include any specific dominant element, or a non-distinctive element.

The likelihood of confusion is assessed from the consumer’s perspective

Considering their visual and phonetical resemblance, the marks were found to be confusingly similar. The Market Court prohibited Ratiopharm from using PEGORATIO, and invalidated the registration on the grounds that it was contrary to the Trademarks Act.

Ratiopharm was also ordered to pay 50,000 euros in compensation and damages for using the mark, and about 136,000 euros to compensate for Orion’s legal costs.

The point highlighted by this case is that the likelihood of confusion between goods and services is assessed specifically from the consumer’s point of view. The aim is to assess how consumers would understand the marks.

If consumers are not aware of the meaning of a term or abbreviation, it cannot be considered descriptive from the consumer’s perspective. Likewise, adding the manufacturer’s name or part of the name to the trademark does not necessarily prevent the likelihood of confusion with an earlier registered mark, if the marks are otherwise similar.

The case brings out noteworthy aspects about the Market Court’s decision-making process, and may also help to clarify what to keep in mind when building your own brand.

Are you currently branding your product or service? We at Papula-Nevinpat are happy to help you – our IP experts are here for all your trademark needs. 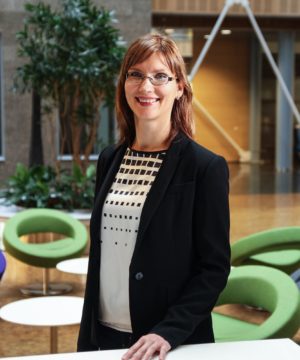