28.9.2010
Article
New Trade Mark Law in Armenia came into force on 1 July 2010. The law follows recent trade mark developments and contains many important changes in order to follow the International Treaties to which Armenia is a part.

Firstly, the law contains a new definition of a trade mark and broadens the list of signs which can be registered as trade marks. In accordance with the new law also holograms, colors or combination of colors and sounds can be protected as trade marks in Armenia.

Further, the cancellation actions due to non-use and oppositions based on absolute and relative grounds should be filed at the Court instead of the Board of Appeals as earlier. This change will definitely lead to changes in these proceedings. It is expected that the procedure will at least become more expensive and a bit longer.

The new law specifies required documents for registration of the assignment and license agreements. Moreover, a trade mark license and assignment agreement becomes effective against third parties from its registration date at the Patent Office. In this respect the law also includes time limits for the Patent Office to consider of the submitted documents. The Examiners are obliged to act accordingly.

The new law also regulates the publication of the trade mark application, namely all new trade mark applications will be published in the Official Gazette for opposition purposes. Third parties have an opportunity to file an opposition within two months from the publication date. This is probably the most important change to the previous regulations. The opposition term has been shortened from five years to two months.

We are thrilled to announce that Papula-Nevinpat has been selected as one of Europe’s leading patent law firms by the Financial Times. The latest listing is based on recommendations by clients and peers and compiled by the FT’s research partner Statista. 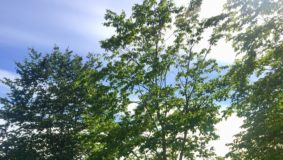 Kindly note that our Helsinki head office will be closed for Midsummer 24 June 2022 and will be operational again on Monday 27 June 2022.

Official fees in EAPO to increase as of 1 July 2022

As of 1 July 2022, the Eurasian Patent Office increases official fees. In average, the official fees will be increased by 25 - 30%.