Patent litigation in Russia in a nutshell

The Russian patent litigation system is bifurcated: patent infringement cases are heard by courts, while patent invalidity actions are filed with an administrative body of the Russian Patent Office called the Chamber of Patent Disputes.

Disputes between commercial entities are solved in state arbitrazh (commercial) courts, and patent infringement lawsuits are typically filed with the regional arbitrazh court. A patent holder or a registered exclusive licensee can protect their exclusive right and sue an infringer if an infringing product is imported, manufactured, sold, offered for sale, stored for the above-mentioned purposes in the Russian Federation, or introduced into civil circulation by other means. A non-exclusive licensee can participate in court proceedings as a third party but cannot initiate the proceedings.

The location of the court depends on the registered address of the defendant The judges of the arbitrazh courts do not have a technical background. That is why the decision regarding a possible patent infringement is given based on the opinion of a technical expert who carries out an examination based on the court’s request and submits a written report where the allegedly infringing product or method is compared with the scope of the independent claims.

The claimant and the defendant can both propose their own expert candidates. The judge makes the decision of choosing between the candidates based on the candidates’ technical background, expertise in the relevant area, as well as the total costs of the examination and written report.

The decision issued by the arbitrazh court can be appealed to the regional appeal court. A further appeal can be filed with the Intellectual Property Court located in Moscow, which acts as a cassation instance.

Before filing a patent infringement lawsuit, it is highly recommendable to obtain evidence showing that all the features present in the patent’s independent claim are used in the allegedly infringing product. In practice, such evidence could be a sample of the product purchased from the manufacturer or the distributor, or other evidence such as technical documentation, instructions, manuals etc.

If the evidence (photos, manuals) is published online, e.g. on the web page of the infringer, notarized copies of the relevant web pages should be obtained before filing the lawsuit, as the infringer will likely remove all the relevant information after the proceedings have been initiated.

According to law, the claimant should send a warning letter prior to initiating the infringement proceedings if the claimant intends to claim monetary compensation or damages.

The winning party can claim compensation for legal expenses from the losing party, but in practice only a part of the expenses will be compensated. The legal costs depend very much on the complexity of the case and the attorney time required to prepare and file the warning letter and the case with the arbitrazh court as well as to participate in the court hearings.

According to the 2018 statistics published by the Russian Supreme Court, all arbitration courts examined 94 patent infringement cases in total, and the total amount of compensations claimed was 256,716,000 rubles. Forty cases (i.e. 42%) were satisfied and the total amount awarded was 12,196,000 rubles. This makes 304,900 rubles (around 3827 euros) as the average amount of compensation per case.

Should you have questions, kindly contact our Erik Viik.

Read more about about Papula-Nevinpat’s legal services in Russia here.

Read an article about licence agreements in Russia written by our trademark attorney Annikki Hämäläinen and patent attorney Erik Viik in the latest issue of the World Intellectual Property Review (March 2021).

Papula-Nevinpat in WIPR: Dealing with patent infringements in Russia

Read an article about patent infringements and statistics in Russia written by our patent attorney Erik Viik in the latest issue of the World Intellectual Property Review.

The Patent Disputes Chamber which is a department of the Federal Service for Intellectual Property (Rospatent) receives about 100 patent oppositions a year. Read more about the rules. 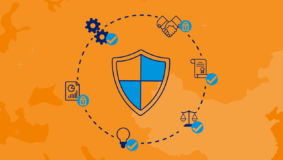 Article: How to best protect your IP rights in the Russia-Eurasia region

The Asian Patent Lawyer's Annual 2018 has been published. Our patent attorney Erik Goussev has written an article about how to best protect IP rights in the Russia-Eurasia region.