Report on patenting nanotechnology in Russia

Nanotechnology as an emerging new field of technology poses many challenges to people involved in protecting nanotechnology-related inventions by patents. The cross disciplinary nature of the field further adds to these challenges. For example, the definition of nanotechnology is constantly evolving and various jurisdictions and officials use definitions of their own which makes classification of nanotechnological applications difficult. While the global market for nanotechnological products is still relatively small, consumer products incorporating nanotechnology are beginning to emerge. It may therefore be assumed that the true scope and value of nanotechnological patents are gradually being tested. Indeed the enforcement of patents in this field will build more case law and shape the conventions for interpreting the language used in the patent applications. Important topics will be e.g. the interpretation of the product-by-process formulation in claims and the value of experimental data in demonstrating the technical effect of the invention.

The value of patents will undoubtedly be specifically high in the field of nanotechnology not only due to the potentially enormous global markets in this sector but also due the fact that patents in this field, especially in the nanomaterials and nanodevices category, will relate to very small structural entities which can be used in a wide variety of end products. The high potential value of nanotechnological patents generates the risk of overpatenting which may result in patent thickets and complicated licensing arrangements.

Concerning the Russian landscape of patenting of nanotechnology, risks related to the market development make it more difficult to evaluate the significance and value of nanotechnology patents in Russia. The relatively immature IPR legislation and the unavailability of qualified IP professionals further add to the uncertainties related to predicting the outcome of patent prosecution and litigation processes. Also case law is scarcely available to help interpreting the language in nanotechnological patent applications in Russia. These aforementioned reasons together with the country’s political and economic history have resulted in the fact that patenting activity in the field of nanotechnology has been very low to date.

Although there is not much case law available to evaluate different approaches to drafting a Russian patent application for a nanotechnological invention, it may be argued that specific emphasis should be put on disclosing improvements of the invention with respect to prior art, preferably using experimental data. A recommended formulation for claims is the “process/method for obtaining a product/apparatus”-formulation, which may be more easily drafted for a nanotechnological invention as opposed to a pure product claim. Furthermore this formulation may also bring some protection to the product and may more easily bring out the inventive features of the nanoscale invention.

Of the individual subfields of nanotechnology, materials and surface science, and sensing account for the majority of patent applications from domestic applicants in Russia. This is expected considering the traditions that the country has in this area e.g. around semiconductor development and optics. At the other end, the domestic activity around nanobiotechnology in Russia is insignificant. In light of the presented statistics and considering the existing R&D infrastructure in Russia, it is noted that patenting activity related to materials and surface science, and sensing is likely to benefit the most from the strong federal support, and privately owned high-tech companies in the corresponding market areas are already being established. Therefore, also western companies should keep their eyes open for developments in Russia around these sectors of nanotechnology, if not to compete in the small, although increasing, Russian market but to license rights to potentially valuable inventions. 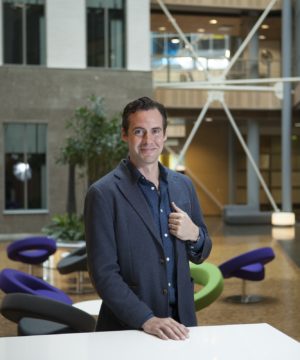 Article: Choosing between Russia and Eurasia

Mr Teemu Lang, our Patent Attorney and Director of the Patent Department, has more than 12 years of experience in intellectual property matters. 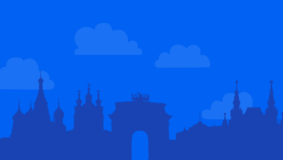 Mr Teemu Lang, our Patent Attorney and Director of Patent Department, has more than 12 years of experience in Intellectual Property matters. 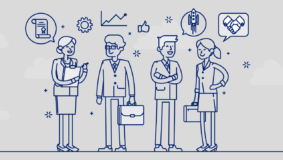 Article: The Patent Prosecution Highway (PPH) – What is it all about?