Storytelling is seen as one of the most powerful tools in marketing and brand-building: a good story is remembered by customers, so they connect to the product more strongly. I’m sure this is completely true, but sometimes the story may also turn against its teller. And that’s what happened to Icelandic skyr when it was making its breakthrough in the Finnish dairy market.

Let’s go back to the start of this decade, when Skyr Finland Oy and an Icelandic dairy company Mjólkursamsalan ehf. began cooperation to import skyr, a traditional Icelandic dairy product dating back hundreds of years, to Finland. The timing was perfect. Celebrities were promoting their low-carb diet goals and tips all over the media, and high-protein products were emerging in the market. This was an ideal setting for the success of low-fat, high-protein skyr. People were buying, the sales numbers skyrocketed, and generous sums were spent on marketing.

During the best days, even an island was rented on the coast of Helsinki for a few days’ skyr festival, with performers from as far as Iceland. It may well be due to the extravagant marketing that the Finnish Patent and Registration Office registered the word mark SKYR for Mjólkursamsalan ehf. on 2 December 2014.

Skyr was being marketed right from the start with a strong focus on its Icelandic origin. This was an easy and a natural way to do, as the story goes back to the 12th century Iceland and the Vikings. It was described as Iceland’s gift to the world, with a long history and a unique production method.

But other dairy companies had also heard the call for skyr. At the end of 2015, the news reported that Arla Oy had been given a preliminary injunction on selling its own skyr product. Another preliminary injunction, although not as widely reported, was also ordered for Osuuskunta Maitokolmio on the sales of their skyr product. These bans were primarily imposed because the word mark SKYR had already been registered to Mjólkursamsalan ehf. A sequence of court actions began, with Skyr Finland Oy and Mjólkursamsalan ehf. accusing Arla Oy and Osuuskunta Maitokolmio of trademark infringement. In response to their accusations, Arla Oy, Osuuskunta Maitokolmio and a third Icelandic dairy producer, KU – International ehf., requested cancellation of the word mark SKYR owned by Mjólkursamsalan ehf. The Market Court gave its first decisions on the cases this year right after midsummer.

The Finnish Market Court: the SKYR trademark is non-distinctive and therefore invalid

In its decision the Market Court found that at the date of filing the application, which was 30 May 2014, SKYR was a word describing a specific type of a dairy product, which makes a trademark non-distinctive under the Trademarks Act. This meant that the trademark had to be considered invalid, and the exclusive right was lost. What’s striking in the decision is that, according to the grounds given by the Finnish Market Court, the way in which Skyr Finland Oy had marketed its product was seen as a key factor supporting the consumers’ impression that the word skyr means an Icelandic dairy product in general, not a specific brand name.

In other words, due to the strong storytelling in marketing, skyr became known in Finland as a generic term for a dairy product, not as a brand name for a product of a specific manufacturer. The outcome was completely contrary to what the company was trying to achieve.

We know of quite a few cases in the history where trademarks have become degenerated, which means people start using them as a general name of a group of products. If this occurs, the trademark right will be lost. That’s what happened to TEFLON, for example, or ASPIRIN in the United States. However, the skyr case is different because the trademark was found to be invalid due to the lack of distinctive character, and the right to use the word SKYR as a trademark should never have been granted in the first place.

So, what we have learned from this case is that there are some risks in storytelling, too. But as similar cases are hard to foresee in the future, it should be safe to say that the power of storytelling is an efficient business-promoting, brand-building tool in marketing communications. After all, it’s the exception that proves the rule.

The blogger is a European Trademark Attorney who represented Icelandic KU-International ehf. 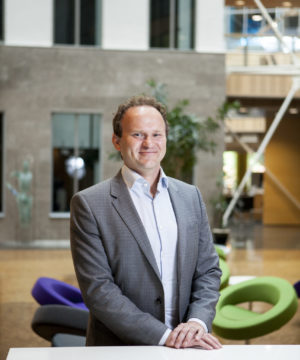