26.3.2008
Article
The last reform of the Russian patent law dates back to 1992. However, this law already saw some amendments towards legislation that would be more conformable to the western patent laws. With the present reform, there is a sense of even a stronger tendency of westernising the Russian patent law. This can be regarded as one of the efforts to gain Russia membership to the WTO.

The present reform combines the previously distinct industrial property laws under Civil Code IV, which came into force on 1st January 2008. Although there are some significant changes in the new law, it is still too early to say how the changes and the new law will be implemented when prosecuting and granting patents at the Russian Patent Office. The Russian Patent Office has neither yet drafted nor published the new regulations implementing the new law. It is expected that these regulations will be published probably in June of the present year. At the moment, the old regulations are still in force as long as they do not conflict with the new law.

Overall, it seems that many requirements for patentability and approaches to patenting will become stricter, as will the Patent Office’s practices in general.

However, there are some changes in the patent law that can already be discussed. The protection period of industrial designs will be extended to twenty-five years. This will significantly promote the importance of a design as a form of protection. The peculiarities of the Russian industrial design will be maintained, i.e. a design must include, in addition to the drawings, a disclosure explaining the use of the design and the set of essential features. The scope of protection of a Russian design is determined by combining the set of essential features with the drawings, i.e. an infringing product must fulfil all essential features depicted in the drawings. Because the scope is defined in this manner and because the Russian Patent Office examines all filed designs for novelty, a design is quite effective as a form of protection in Russia.

Also, the protection period of a utility model will be prolonged from eight to thirteen years. Unfortunately, the definition of a utility model’s registrability still remains the same in the new law. According to both the old and the new law, the only requirement is novelty, and no inventive step is required. According to the Patent Law (the old one and the new): “The state of the art shall include any kind of information published anywhere in the world and made available to the public, before the priority date of the claimed utility model, concerning devices of similar function and the use thereof in the Russian Federation”.

There is no mention whatsoever that the utility model should be “essentially different” as for example in Finland, only that it must be new.

Being that the novelty requirement for a utility model is more narrow and no inventive step is required, and that a utility model is however considered to have the same protection as a patent, there remains the problem that scope of protection considered by the court can be broader for utility models than the scope actually allowed by the prior art. There have been some cases in the past where this peculiarity of the patent law has been exploited in bad faith. Because of this problem, the Russian Patent Office has started in some cases to examine the novelty of the utility models and issue official actions discussing their novelty. Naturally, this is not literally neither required not allowed by the law. However, we expect this policy to continue as the new law seems to include the same problem. The costs to have a utility model filed and granted are only a fraction of the costs of a patent, and therefore an increasing number of applicants are now filing both a utility model and a patent for the same invention.

A utility model can be acquired quickly and it is a very efficient form of protection, whereas the prosecution of a patent takes years. When the patent is granted, the applicant must either cancel the utility model (or the patent) or, if there is arguably no double patenting, both can be maintained.

As to patents, the protection period remains the same, i.e. 20 years, as well as the possibilities to extend the patent for up to 5 years in the case of drugs, agrochemicals etc. To some extent, the conditions for patentability have been redefined by directly denying the cloning of human beings, modifications of human cell lines and the use of embryos. Previously, these aspects fell into the category of “proposals that are contrary to public interest, humanitarian principles or morality”.

One significant change in the regulations under discussion may be the approach of the Patent Office to the novelty of a chemical, medical or any other composition. The invention will not be considered new if the only difference presented in the claims with respect to a known composition is the use. Therefore claims initiated with the wording “Composition X for treatment of…” will not be accepted if the compound itself is known.

On the other hand, claims relating to a method of treatment will probably be acceptable even according to the new regulations. However, such “method of treatment” claims are not easily accepted as the Patent Office requires an extensive amount of data to prove that the treatment actually works. Usually only in vivo data is acceptable, although there exist some differences in this matter between the chemical department and the medical department of the Patent Office.

Finally, the regulations under discussion deviate at the moment from the earlier ones in that the prosecution history will be published after the patent has been granted. Right now, only the dates of the official actions, responses, extensions, annuities etc. are available from the Patent Office, but not the actual prosecution papers. This change would no doubt significantly promote the transparency of the Office and thus improve the Office’s practices and remove arbitrariness of the individual examiners. Also, it remains to be seen how much these prosecution papers will be used in court in invalidation cases and what the extent of their significance will be. This change will also make it more difficult to obtain broader protection for a patent, although previously, for example in chemical or medical cases, it has been possible to prove to the examiner that the invention works by providing in vivo / in vitro examples and data, but also at the same time to request the examiner not to publish any of this confidential data. If the prosecution papers are published, the applicants will have to consider whether they are willing to file all this data and obtain broader protection for their patents or be satisfied with a more narrow protection. Compared to the Patent Offices in other countries, the Russian Patent Office is quite strict in its requirement of such additional data, and in view of their drafting of the new regulations, will most probably become even stricter.

Faster route to Russia is EAPO 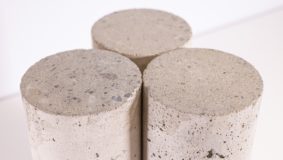