The recipe for a valuable patent

Patenting is on the rise globally, as patents are more and more considered to be a key asset for businesses from startups to large companies. You can see this trend in the huge attention to topics such as Nokia’s patent licensing revenues, or the big patent infringement lawsuits like Apple v. Samsung. In fact, the success story of Nokia is an excellent example of the definition of a good patent, as they managed to use their patents to generate a large source of income. But does this mean you can get rich just by filing a patent application? Will that be your shortcut to success?

Well, of course there’s more to it than that. First of all, you need to have that good invention. But even if your invention was great, it’s not a given that you will be granted a patent, or, even if you were, the patent is not necessarily valuable, if your patent application is not sufficiently good. This happens more often than you’d expect.

One of the reasons for this can be that patenting is quite expensive. You may want to try and save costs by deciding to draft the application on your own, but find yourself hiring a patent attorney when problems arise during examination. However, just hiring a professional is no guarantee of a valuable patent, if the application doesn’t meet international standards and, as such, will not protect your invention as you intended.

In reality, there is no fast track to success. It’s important to draft the application in a way that the patent will be granted in several countries, and that the scope of the patent will be sufficiently broad, so that others will not be able to easily copy or circumvent the patent.
In this post, we are going to take a look at some of the elements that will make a good patent application, and a valuable patent.

1. A complete description with multiple alternatives

It’s important to indicate as many alternative modes of realizing the invention as possible, because they serve as a basis for a broad interpretation of the claims. Each of these embodiments should be described in detail in the description, with reference to the figures, also by listing some alternatives for each element of the figures. Then, the details of the description must be linked with the expressions used in the claims to ensure the general expressions of the claims will be clear to the reader. For example, if something is defined as a ”fastening means” in the claims, the description should explain that the fastening means may be a screw, a nail, a rivet, a bolt, glue or other such means.

A complete description allows the claims to be later amended without having to compromise on the scope of protection of your patent.

In the United States it is required that the features of the patent claims are also illustrated in the figures. That’s why it is very important that the application includes figures showing the elements mentioned in each claim. For example, if the application contains claims relating to an apparatus, the details of the apparatus should be illustrated in the figures, and if the application contains claims relating to a process, that process should be described, for instance, by way of a flow chart. In addition, a comprehensive set of figures offers a good overview for understanding the claims.

3. The claims – advantages of the invention

Many times, there are ways to circumvent a patent. However, our goal is to make sure that any such circumventing solution would be either inferior in quality or more expensive to make. When this is achieved, we know we’ll have reached our goal of protecting the best advantages.

4. The claims – different types of claims

If possible, the patent application should include claims in various categories, such as an apparatus or a process. This is to optimize the scope of protection, and increase the probability that the patent will actually be granted. For example, it’s not allowable to protect methods for treatment of the human body, but you can protect a device for this type of treatment. In this case, method claims would not be accepted in most countries, but device claims would be acceptable.

In addition, claims can and should be drafted for multiple devices and, as we pointed out, they must be based on a broad and complete description. One example is to draft a claim for a small component, like an antenna for a mobile phone, and another claim for the mobile phone comprising the antenna, and define how the antenna is arranged in the phone. This way, it will be possible to protect both the component as well as the device using the component. If you license your patent or file an infringement lawsuit, for instance, you may be able to claim damages based on the higher price of the device (mobile phone), not just the price of the component (antenna).

The patent examiner requires that the claims are clear. Some say that an unclear claim is a good claim, because you’ll be able to later interpret the claim the way you want. But as we know, patent litigation is expensive, and filing an infringement action based on unclear claims is a gamble. If you’re backed by clear claims, the legal certainty will be increased, and well-drafted claims may even give you a broader scope of protection.

The features used in the claims should not be relative or ambiguous. Instead, they should be generally known in physical terms. For example, we drafted an application for an invention that, according to the inventors, essentially involved the use of blue light. This is not a good definition, so we asked the inventors to give us a wavelength range for the light color that would be required for the invention to work. Now we were able to define the invention in the claims with clear terms, and even achieved a broader scope of protection. As it turned out, the invention was also likely to work at wavelengths that the eye would actually see as violet, rather than blue.

So, the key to a valuable patent is a well-crafted patent application. The application really is worth the investment. The return from your investment will be a good patent with greater profit potential. 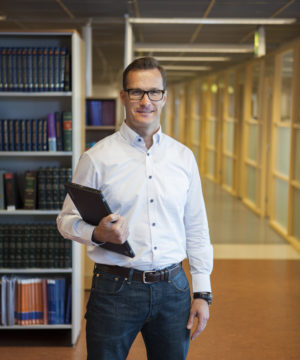 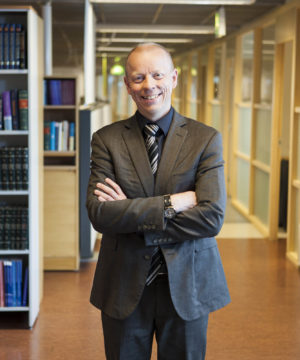 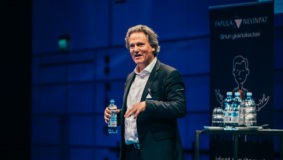