What’s happening in Russia – should IP rights holders be concerned?

While the recent events in Russia and Ukraine have shocked the world, they have also raised many questions and uncertainties about intellectual property rights – especially trademarks, patents and registered designs. Protection of and respect for intellectual property rights in Russia has historically been high. The legislation and the practices of the Russian IP Court have been up-to-date, and Russia has made great efforts in order to develop the IPR field.

Although the protection of intellectual property rights has not been defined as a sanctionable activity, the exclusive rights related to IP have unfortunately become a means of politicking and pressure. Some of the recent decisions and new enactments that enable the state – under specific circumstances – to restrict exclusive IP rights have stirred public debate. However, from a purely legislative point of view, the situation is not that alarming.

Restriction of exclusive rights is possible

The above-mentioned decisions and acts relate to the amount of compensation to be paid in cases of compulsory licensing by the Russian government. They also relate to the possibility for the government to order non-compliance with certain provisions of intellectual property laws under certain circumstances. There are, however, limitations as to the possibilities the government has to not comply with these provisions.

According to the new legislation, all restrictions must be justifiable based on compelling circumstances, such as to ensure the safety, health and wellbeing of Russian citizens.  In practice this could mean, for example, ensuring the availability of medicines, food and other vital commodities, which would include allowing grey imports.

The possibility for compulsory licensing was originally introduced into Russian legislation in 2021 on a health-related basis as a measure for controlling the COVID pandemic. But the current amendment – which enables refusal to pay compensation in the event of compulsory licensing to patent holders from “unfriendly states” – is a clear countermeasure against the sanctions imposed on Russia.

The nationalization of intellectual property rights owned by companies leaving Russia or discontinuing their operations in Russia has also provoked concern of late. According to public sources of information, nationalization under certain conditions has been discussed. Under such plans, nationalization could concern foreign companies with more than 100 employees or with a value exceeding one billion rubles (USD 9.1 million), and with an ownership of at least 25% by individuals from “unfriendly states”.

Any seized IP rights would be taken under the control of a specifically defined governmental body. This body could then use the IP rights owned by, as well as licensed to, the foreign company. According to other potential plans reported on by public sources, the government could bring back all possible IP licenses that were withdrawn after the attack on Ukraine on 24 February.

There is also a draft law pending “On Amendments to Certain Legislative Acts”. Under this draft, amendments are being made to laws in order to deal with non-fulfilment of civil obligations due to sanctions. In particular, there is a proposal to completely or partially terminate obligations that are objectively impossible to fulfil due to foreign sanctions against Russian citizens and legal entities.

The entity that did not fulfil the obligation – according to the aforementioned reason – and proved the impossibility of proper performance, will not bear responsibility for non-fulfilment. For IP licences this could mean that if it is not possible to fulfil obligations under license, then licenses can be extended and there will be no penalties to the parties.

Although all actions restricting exclusive rights are certainly undesirable from the right-holders’ perspective, it seems that all these plans would require strictly defined circumstances and are clearly government-based. Therefore, it seems reasonable to assume that there should be no concern about uncontrolled loss of rights from the legislative perspective. It must be observed, however, that this state of affairs could change rapidly.

Unfortunately, uncertainty and exceptional circumstances often lead to unwanted effects. This has also happened in Russia. The international media have published a multitude of stories and provocative headlines along the lines of “Russia mercilessly trampling on intellectual property rights”. Many of these stories contain inaccuracies and blatantly false information.

One example of the effects of this exceptional situation is an early March court decision issued in Kirov, Russia (2.3.2022- A28-11930/2021) in a “Peppa Pig” trademark and copyright infringement case.

The Kirov court rejected an infringement action and claim for damages raised by Entertainment One UK Limited on the grounds that Britain had imposed sanctions on Russia, and therefore the court decided that seeking damages on account of an IP infringement is “abuse of rights” and “dishonest conduct”. The court referred in particular to the Decree of 28 February 2022 No. 79 “On the Application of Special Economic Measures in Connection with Unfriendly Actions of the United States of America, Foreign States and International Organizations”.

The legality of this decision is more than questionable. The Decree referred to in the decision does not relate to trademarks or other intellectual property rights in any way, but instead concerns currency transactions and restrictions on drawing money abroad. Accordingly, the Decree does not enable restrictions on foreign intellectual property rights, and so the court did not have a legal right to reject the action on the grounds as specified in the decision. It is very likely that the Court of Appeal will rule the decision to be groundless and revoke it.

We should also note that the original decision was not made by the IP Court, but by a local court, which clearly lacked the necessary familiarity with the matter. That said, the decision is an alarming one, especially as it was made on such feeble grounds. Hopefully this is just an isolated and unfortunate case.

The announcements made by many companies that they are withdrawing from the Russian market – or are discontinuing operations in Russia – have also triggered some fraudulent actions by local entrepreneurs and private individuals.

The application for the McDonald’s logo was later withdrawn by the applicant, but it’s likely that filings for these kinds of applications will increase. At this point it’s hard to say whether these filings are just a deliberate provocation, or a real attempt to effectively take over the rights of other companies. Even before this new situation developed, it was not unusual in Russia to see attempts at registering trademarks owned by other businesses.

Although such dishonest registrations should not have any chance of success, it’s certainly advisable for right holders to be alert to this possibility and to follow the situation closely. Defending one’s rights after withdrawal from the market may be complicated, especially as time passes and the rights are not used as stipulated by legislation.

So, should IP right holders be concerned about the situation in Russia from the intellectual property rights perspective? The answer is a tentative no. But being alert is never a bad thing. It seems unlikely that Russia is planning to wreck the intellectual property rights system, as it’s one of the cornerstones of business operations for local companies too – not just foreign ones. 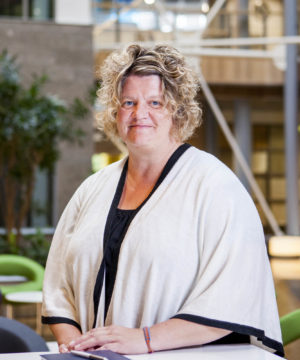